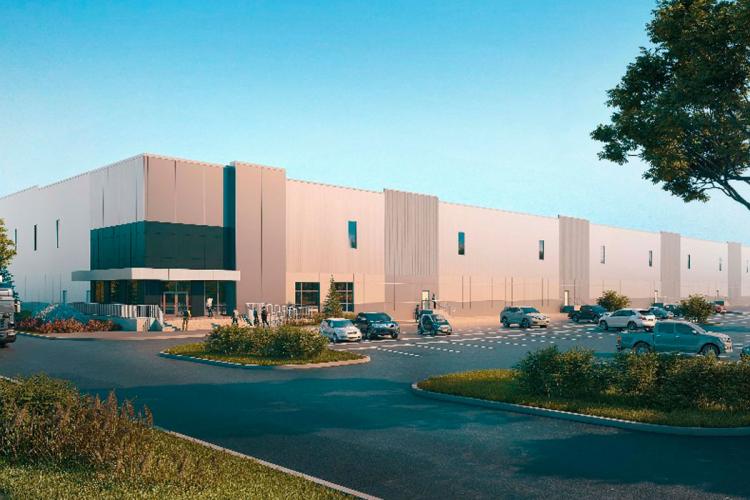 Construction on the largest warehouse in the National Capital Region officially got underway Monday as dignitaries gathered to symbolically break ground on a new 1.02-million-square-foot Amazon distribution centre in southeast Ottawa.

While construction crews have been clearing the 96-acre parcel of land on the east side of Boundary Road at the Highway 417 interchange, developer Broccolini is now excavating the property and preparing to pour the foundation and bring in structural steel by the end of the month, says James Beach, the company's director of real estate and development.

He said construction crews will be moving quickly to meet the tight timeline of delivering the project by next year.

"This is a group that wants to be operational before their peak season, Christmas, (in) 2019," he told OBJ.

Beach has previously estimated the project costs to run between $100 and $200 per square foot, which would bring the total price tag up to $200 million.

Broccolini recently finalized its financing of the project, which will be led by a syndication between National Bank and Otéra Capital, Beach said.

Broccolini will build, own and manage the facility, leasing the space to Amazon. The project highlights how the company – which has its roots as a commercial contractor – has evolved to also become a landlord and property manager, Beach said.

"When you have a group like Amazon ... pick you as their partner to develop, construct and operate a facility like that, it's a pretty big compliment," he said.

Amazon officials have previously said that the new warehouse will be used to fulfill orders for large items such as household furniture and decor, sporting equipment and gardening tools – Beach noted that the shovels for today's groundbreaking were fittingly ordered via Amazon.

The e-commerce giant plans to hire some 600 full-time employees, a fact highlighted by several of the politicians who attended the ground-breaking ceremony, including Prime Minister Justin Trudeau and Ottawa Mayor Jim Watson.