Broccolini had the privilege to once again collaborate with XTL for this project, the construction of a new distribution center in the East-End of Montreal. The project consisted of the design-build of a distribution center located in the Rivière-des-Prairies-Pointe-aux-Trembles borough.

The existing facilities were demolished to make way for the 335 000-sq.ft. building comprised primarily of the warehouse, which includes a 15,607-sq.ft. office area in addition to the 29 600-sq.ft. two-level mezzanine dedicated to the main office space.

A noteworthy aspect of this project was the inclusion of a railway running alongside the building allowing for cargo trains to have direct access to the warehouse. 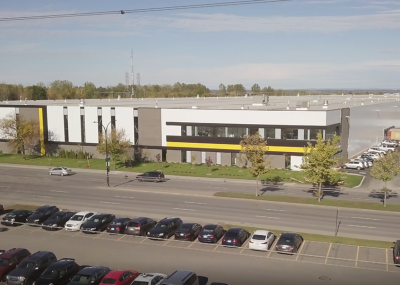