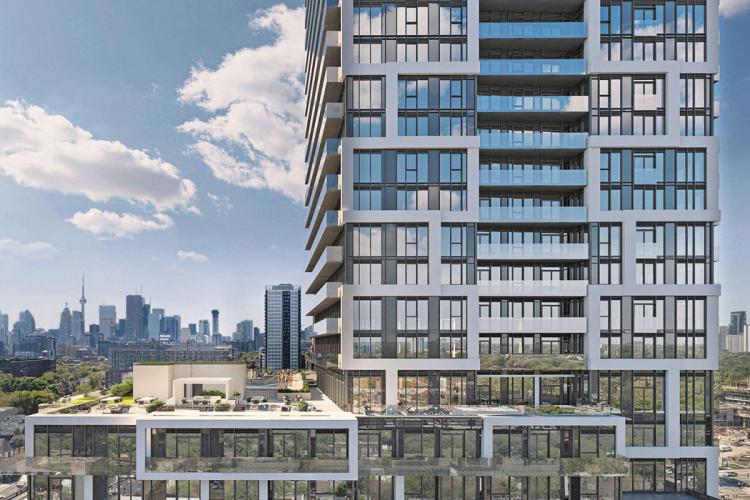 Broccolini, the developer behind Montreal's two tallest residential towers and the construction leader who built forward-thinking spaces such as WeWork, Saks, and 150 and 155 Redpath at Yonge and Eglinton, is launching River & Fifth this fall. Nestled between Corktown and Riverside's hyper-cool Queen Street East, the 580-unit residential building brings a new urban sophistication to Toronto's emerging downtown east neighbourhood.

“The east side of the downtown core is quietly booming. There is so much exciting development underway that will bring significant job and economic growth to the area. Just south of us is East Harbour, a 60-acre master plan that will bring new office, retail and entertainment to the area, and a new transit hub with subway and GO service. It will feel like a new downtown for the city," says Michael Broccolini, VP of development and finance at Broccolini.

The pocket of Queen East that passes through Corktown and Riverside is quickly becoming a cultural and foodie hot spot, with some of the city's best restaurants and coffee shops, including a new landmark, The Broadview Hotel, which has a popular roof-top patio. River & Fifth is close to several transit and mobility options including designated bike lanes, providing quick access to Toronto's financial district, waterfront and Yonge
and Bloor.

“River & Fifth is on a very unique site. You are slightly removed from the hustle and bustle of the downtown core, on a quiet street that backs on to the Don River. There is also a significant amount of parkland nearby, including the Don Valley Trails, Leslie Street Spit and Corktown Commons. Parks are invaluable neighbourhood assets, especially for condo living in the city," says Enzo Corazza, principal at Graziani + Corazza Architects.

Linking River & Fifth to its natural surroundings, Broccolini will be building a park on the south side of the development and a pedestrian connection to Bayview Avenue, enabling direct access to surrounding trails. 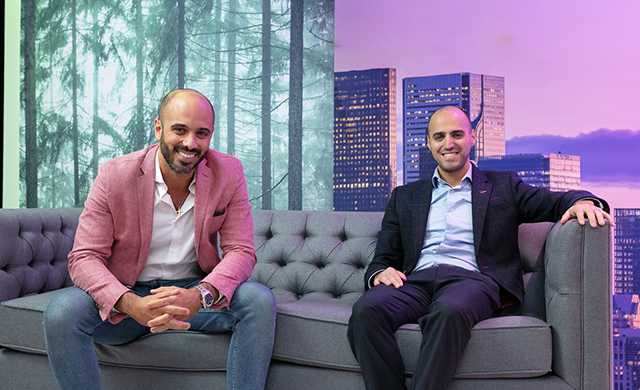 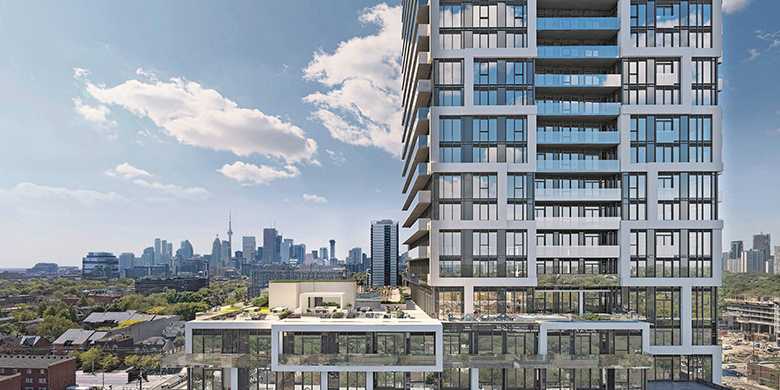 Designed for Toronto urban living, suite layouts range from studios to family-sized suites with large terraces and two-toned kitchens with appliances finished in matte black. There is 25,000 sq. ft. of amenity space which includes a kids' playroom, expansive fitness area with a yoga studio, personal training room and boxing gym, and a cleverly designed co-working space. In the summertime, residents won't have to go far to recharge. Conceived as the ultimate urban retreat, a 12th floor rooftop amenity space features an Instagram-worthy Baja pool with suntanning deck and cabanas.

“Our approach as residential developers is to help shape urban communities with beautifully detailed, inviting spaces that people will want to use daily. Because we manage all of our construction in-house, we drill down to the details right from the start, ensuring our vision for projects can really come to life," says Anthony Broccolini, chief operating officer.

Broccolini's expansion into Toronto's residential market comes on the heels of its recent groundbreaking for Victoria Sur Le Parc and 628 Saint-Jacques, two high-profile mixed-use developments in Montreal's historic Victoria Square. Working across all asset classes, Broccolini is also nearing the completion of CBC's new headquarters in Montreal and Amazon's fulfillment centre in Ottawa. They have also developed and led the construction of several multi-residential projects in Ottawa and Montreal.

“We believe you are only as good as your last project and want to be sure whatever we are doing, we are doing it well and with integrity," says Anthony.