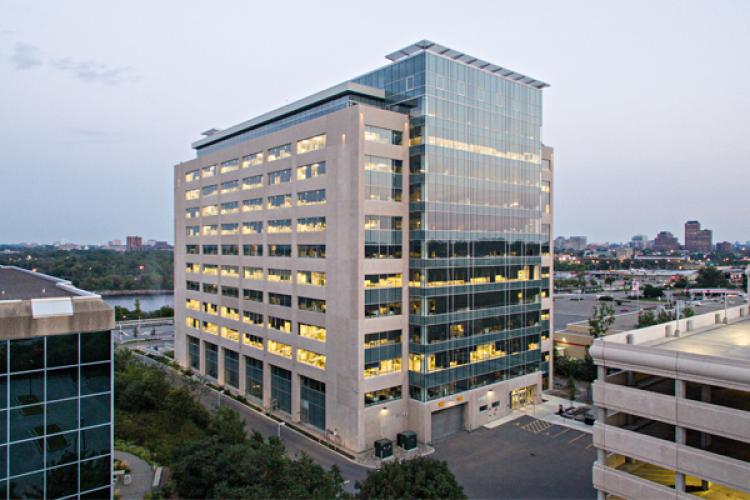 During a light-hearted moment at this year's Ottawa Real Estate Forum, a panel of office-market experts were parodied with comparisons to famous literary and cinema characters.

Multivesco Inc. director Marc St-Onge was likened to Charles Dickens' Oliver Twist, as a distinctly local variation of the character's famous quote was flashed on the overhead screen:

In late May, Public Works awarded the Gatineau developer a lease-purchase contract to construct a 16-storey office building at 30 Victoria St.

The deal was the third construction contract announced that month and came shortly after two similar contracts were awarded to Broccolini Construction. It was unexpected, as the federal government had spent more than two years saying it only needed a pair of buildings.

But the unanticipated third contract was only the latest twist in a drawn-out procurement process marked by rejected bids, appeals and allegations of government bias.

In the end, the three contracts will add 1.3 million square feet – more than double the space inside the two World Exchange Plaza towers – of government-occupied office space to Gatineau and deliver almost $800 million to the landlords over the next 25 years.

Including common areas such as hallways and bathrooms, as well as ground-level retail space, the three buildings total more than 1.6 million square feet.

Then-Public Works Minister Michael Fortier first announced the government solicitation for the two office buildings early in 2008 as a way of moving more bureaucrats across the Ottawa River and meeting a target of locating 25 per cent of the National Capital Region federal civil service in Quebec.

A total of eight bids were received for the two projects, including submissions from Broccolini and Multivesco.

But the government abruptly cancelled the procurement process in November 2008 when it rejected all the bids on the grounds that none met the Crown's requirements.

Broccolini subsequently filed a complaint with the Canadian International Trade Tribunal over one of the projects, alleging Public Works treated its proposal unfairly and arguing a subsequent procurement process was structured in a way that was directly biased against the company.

Broccolini ultimately won the contracts for both projects this past May.