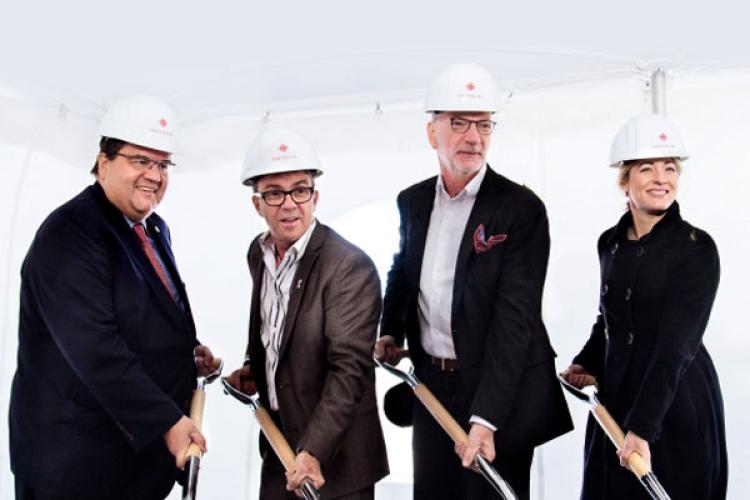 Ground was broken at the site of the Maison de Radio-Canada on Sunday morning at the same time CBC/Radio-Canada opened it doors to the public for Culture Days.

Federal Heritage Minister Mélanie Joly helped break ground at the new location just days after the Liberal government unveiled a cultural policy revamp. The public broadcaster remains part of what she believes content and cultural industries from Canada should look like in the digital world.

"We want Radio-Canada to be a platform that promotes Canadian culture," said Joly on Sunday.

Montreal Mayor Denis Coderre and Hubert T. Lacroix, president and CEO of CBC/Radio-Canada, were also on hand for the event.

The building's design boasts lots of natural light, a four-storey atrium, a rooftop patio, and it will meet environmental and sustainable development standards equivalent to a LEED Silver certification. 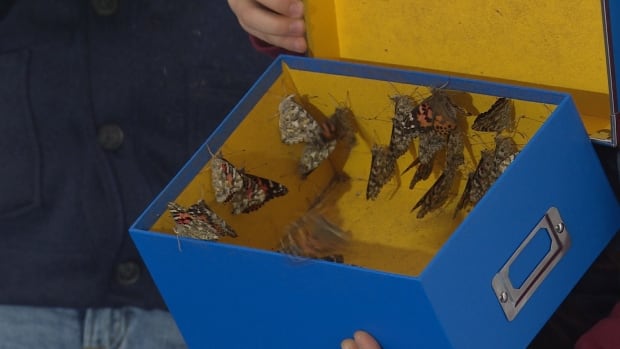 Butterflies were released during the ceremony at the groundbreaking of the new Maison de Radio-Canada. (CBC)

The real estate developer Broccolini is in charge of building the new Maison de Radio-Canada, which will be at the corner of René-Lévesque Boulevard and Papineau Avenue. The lot was previously a parking lot for the existing building.

The new building will have a reduced number of parking spots in order to encourage active transportation.

It is expected to be completed by January 2020.

With files from CBC's Haydn Watters, Kamila Hinkson and Radio-Canada